It's closer than you think

It's pretty apparent that the media doesn't know how to cover the 2016 Presidential Election, so here's a little public service announcement: it's closer than you think.

I think I've made my own no-fan-of-Trump views clear, but that aside, I am dumbfounded that the mainstream media (who supposedly are anti-Trump) continue to laugh off his candidacy despite his continually proving them wrong. I don't think this is intentional or the result of some bias on their part: I think it's that they literally have no idea how to make sense of the Trump phenomenon because it is so unprecedented.

I'm not saying Trump is going to win. I am saying, though, that there are completely plausible, realistic scenarios in which he does. From the beginning of his candidacy, in fact, I've been saying that he was the only one in the Republican field who had a shot of beating Hillary due to his ability to mobilize non-traditional Republican voters (sorry John Kasich).

Don't believe me? Try playing around with 538's tool and see how easy it is to flip the map based on the assumption that Trump mobilizes non-college educated white voters who break his way.

Wanna see how close it is? Here's a plausible (as of this writing) path to Trump victory:
Per the above, let’s say Trump takes FL, OH, VA and CO — the 4 states from the above scenario that were closest in 2012. If this happens, he wins with 275 electoral votes to Clinton’s 263 (270 needed to win), and it’s All Hail President Trump: 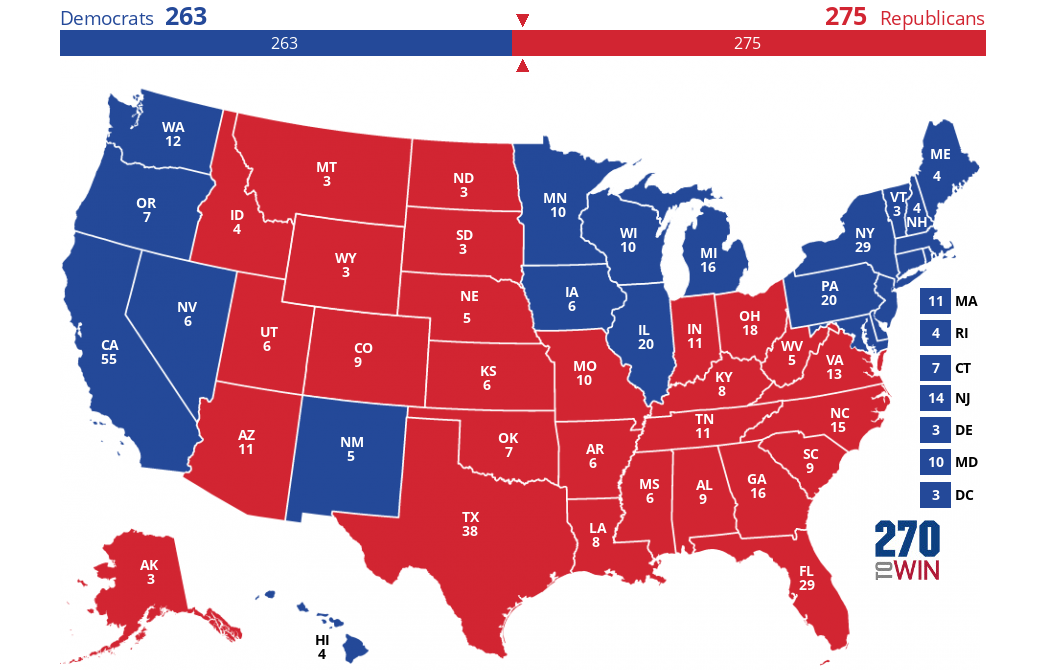 Click the map to create your own at 270toWin.com

Not saying it’s going to happen, just saying it could…
Posted by Skippy at 11:29 AM