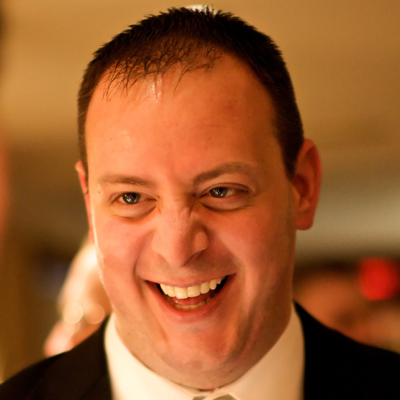 All throughout middle and high school, I spent a good portion of the time I should have been in class making things: newspapers, TV shows, plays, music, games and computer programs. Some of the most valuable learning experiences I've had happened in the TV studio, theater or garage. These experiences convinced me of the value of learning through hands-on, interest-driven experiences and of connecting and collaborating with equally passionate and like minded-people as a way to do so.

As a founding employee at E-Line Media, I've been working to explore and develop this philosophy through an innovative game-based approach. Since 2008, I've lead our efforts to develop and publish a portfolio of games, curricula and initiatives that tap into kids' natural passions while building critical skills. My projects include Gamestar Mechanic, a game, online community and curriculum that teaches kids how to design and make their own videogames as well as the National STEM Video Game Challenge, a national youth game design competition originally announced by President Obama at the White House. I also speak and write frequently about games in education and for impact.

Prior to E-Line, I spent several years with Verus Partners, a private equity advisory firm, where we specialized in the development of custom technology platforms integrating electronic and real-world workflows and in several operational and technology rolls (including divisional Vice President of Operations) at National Healthcare Resources (later Concentra), a national healthcare services provider with over $1B in revenue).

Though I have less time for my own creative endeavors nowadays than I would like, my work as a writer and digital filmmaker has appeared at places like the Philadelphia Fringe Festival and at Yankee Stadium during the MLB playoffs. I also mentors young people in the areas of digital media creation and serve as an advisor to early-stage and youth-created businesses.

I am a lifelong Joizey guy and a graduate of Old Bridge High School and the The College of New Jersey (where I received a BA in English). Hobbies, interests and borderline obsessions include all manner of popular American music, brewing beer, beagles, fantasy sports, literature and shiny electronic objects.